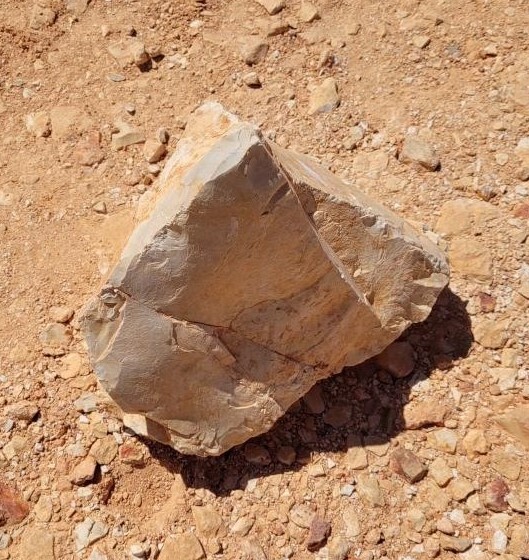 Chert is a sedimentary rock that can be used as an oil and gas storage reservoir. It was commonly used for making scraping tools and arrowheads. It can take on various colors. Gray is common, as is white and pink.

Flint which is more typically utilized for tool manufacture and weapons, is found in massive rock formations. It can break predictably, thus allowing the toolmaker to create a sharper edge. This made the flint quartz easier to form into arrowheads, knife blades, and axes.

Novaculite, rather than being a weapon, is an excellent sharpening stone. It is used for sharpening knives, spears, and axes, among other weapons, the novaculite quartz from the Arkansas Novaculite Formation can also sharpen steel blades.

Save this product for later
Display prices in: USD